Earlier this afternoon, January 28, 2013, Mobile County Sheriff’s Office Special Operation’s Units stopped a vehicle speeding on I-10 east bound. The vehicle was occupied by two black females and two small children (ages 3 and 4).
During the stop, Special Operations Deputies discovered that the adult females were shop lifting in Gautier, Mississippi and possessed a large amount of stolen clothes.
The two females and children were transported to the South-Side Substation and interviewed. During the interview it was discovered that one of the females worked for a day care in Mobile and they had taken the children from the daycare to accompany them on the shoplifting spree. Neither of the females are related to the children, nor did they have permission from the parents to take the children from the daycare.
The daycare is Kristina’s Kastle located at 2422 Norton Lane in Mobile.
Both subjects were charged with Receiving Stolen Property 2nd Degree and two counts each of Kidnapping 2nd Degree.
The subjects are : Kristina Price, B/F, 30, yoa
Erica Rudolph, B/F, 30 yoa 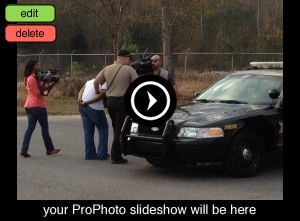