Suspects:
Matthew Jonathan Moberg, W/M, DOB: 09-04-1994 (18)
Allan W. McKenna, W/M, DOB: 02-07-1995 (18)
Mobile County Sheriff’s Office received information that two 18 year olds, Allan McKenna and  Matthew Moberg, were conspiring to kill an individual that was known to them.  The information received provided detailed information regarding how Allan and Matthew would conduct the murder, dispose of the body, along with an escape plan out of the United States.  Their detailed plan included new identities, and internet searches on how to make/use chloroform.
On August 2, 2013 MCSO charged Allan and Matthew with Receiving Stolen Property 2nd and both men were in Metro Jail awaiting trial on their stolen property charges.  The items that were found in Allan and Matthew’s possession were; .22 caliber rifle, Galaxy Tablet, military knife, machete, and misc. food items.   These items were on a list that Mckenna and Moberg put together while conspiring to commit the murder.
On August 8, 2013, Allan McKenna and Matthew Moberg were interviewed in the MCSO office and initially denied all of the above facts but then confessed to the conspiracy.  The murder and kidnapping was scheduled for today, August 8, 2013.
Criminal Conspiracy to commit Murder
Criminal Conspiracy to commit Kidnapping First Degree

This investigation continues. No further at this time. 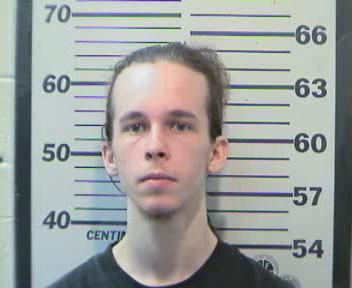