On July 25, 2014, The Mobile County Sheriff’s Office executed a search warrant at Suga’s Gentlemen’s Club, 4021 St. Stephens Road in Eight Mile, Alabama. Other agencies involved with the search warrant were ABC, DEA, US Marshalls and MPD.

The investigation began months ago with several undercover narcotic buys at the Club. Some of the items seized during search warrant were $4,311.00 cash, (1) .12 gauge shotgun, (8) handguns, $180.00 in counterfeit US currency, Approximately 12 packs of analog marijuana (spice), Marijuana, powder cocaine, prescription drugs, (2) gallons of codeine syrup, an assortment of ammunition and spare magazines for weapons and (5) sets of digital scales.

At this time the investigation is still ON GOING, and we do expect additional arrest. The following is a list of people who were arrested at the time of the search. 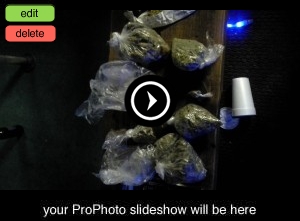