The Sheriff’s of Alabama stand firmly in support of the Constitution of the United States and the Bill of Rights.  We support the Constitution of the State of Alabama.  We also stand united in our support of the 2nd Amendment.  The founding fathers of our nation established the rule of law and we do not support those that oppose federal law enforcement officers performing their lawful duties.

We have studied proposed legislation, senate bill 286, regarding firearm laws in our State.  We want the citizens of our state to know that these are bad bills and we strongly oppose them for a number of reasons.  These bills will take away the authority of your Sheriff to perform his/her duty to investigate those applying for concealed weapons permits.  The vast majority of our citizens, who apply for permits, are issued one within a very short time.

We recognize and declare that the great majority of people who suffer from mental illnesses are not violent and not a threat to others.  Because of how Alabama laws are written, there are large loopholes in our law that allow those that are mentally ill and violent to lawfully purchase a firearms today.  These two proposed bills would make those loopholes even bigger.  Your Sheriff works every day to keep Alabama Citizens safe and protect the rights of county residents.

We believe that local officials are in the right position to make the best decisions about pistol permits and we need discretion and the flexibility to use our discretion to handle those duties.

Recently in Baldwin County, Al, two deputies were shot, one killed, by a violent mentally ill person who could have lawfully purchased a firearm and under this proposed law would have been entitled to a pistol permit.

HERE ARE SOME HIGHLIGHTS ON THE PROPOSED LEGISLATION:

Every day, Alabama law enforcement deals with these types of incidents and we use our lawful discretion to protect our citizens.  Your Sheriff is the chief law enforcement officer of their county and we understand the laws of the State of Alabama. 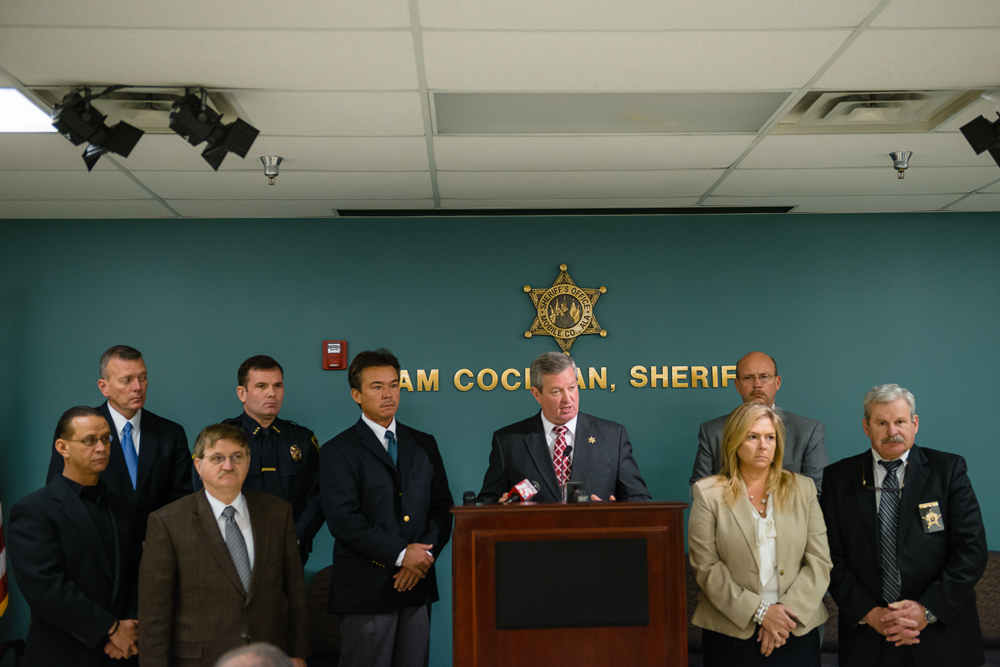