CORRECTIONS OFFICERS - Awarded during 2012 by the Crichton Optimist Club

SHERIFF’S COMMENDATION – This is awarded to a member who while serving in an official capacity performs his duties in an outstanding manner.

AWARD OF EXECELLENCE – This is given to a member who while serving in his/her official capacity contributes to a valuable accomplishment that demonstrates special faithfulness, attention to duty or a highly creditable and unusual accomplishment gaining credit to themselves and the Mobile County Sheriff’s Office.

MERITORIOUS SERVICE - Awarded to a member of the Mobile County Sheriff’s Office who while serving in his official capacity, as perceived by the average reasonable Deputy or Corrections Officer is involved:

An act of grave personal danger

An act that was in the intelligent performance of duty

An act that does not bring discredit upon him/herself or the Mobile County Sheriff’s Office.

COMBAT CROSS – Awarded to a member of the Mobile County Sheriff’s Office who while serving in his official capacity distinguished himself by an act of extraordinary heroism while engaged in personal combat with an armed adversary at imminent personal risk to life.

On February 3, 2012, Officer STEVEN GREEN was stabbed at the METRO JAIL BY suspect Lawrence Wallace.  After a vehicle pursuit the suspect fled on foot and crawled under a house located on Daytona Drive.  Wallace was armed with two handguns that he took from the officer’s vehicle.

Sgt. Arendall’s actions showed self-sacrifice in the face of grave danger that could have resulted in the loss of his own life in order to protect the lives of HIS fellow law enforcement officers as well as the public.  Sgt. Jason Arendall congratulations for being awarded THE MOBILE COUNTY SHERIFF’S OFFICE COMBAT CROSS.

Mr. Richard Naman has been a member of the MCSO FLOTILLA since 2005.  Richard is considered the “GO TO GUY” whenever there is an event put on or sponsored by the Mobile County Sheriff’s Office.  He is always volunteering his services which include FOOD, COOKING THE FOOD, MONEY AND HIS VALUABLE TIME.

When Flotilla is called out, Richard is the first to respond and the last to leave no matter what type of call out or detail it may be.  His standard reply is “where do I need to go”?

To put into words how valuable RICHARD NAMAN is to The Mobile County Sheriff’s Office is just not possible.  However, we can let you know how much we appreciate all of the hard work you have provided our office and the citizens of Mobile County by awarding you MCSO DITIZEN OF THE YEAR.

Larkisha Wright is a valuable asset to Administrative Services.  Larkisha is timely and efficient in everything that she does.  Larkisha is one of the few employees that have responsibilities for both MCSO and MCMJ.  Larkisha’s regular duties include; Transcriptions for IAD, Case preparation and tracking on disciplinary cases, Communication of and filing of Legal Memos, Maintaining the IAD database, Assist in the creation of new departmental forms and Sheriff’s Directives and assist with organizing special projects…such as Executive meetings, Dignitary Visits, etc…

Larkisha is always willing to assist on department projects and most of these projects are beyond her normal duties.  Some of the many projects include; Executive Day, Awards Committee and Banquet, Boy Scout Skeet Shoot.  She also assists with Human Resource Department as time permits.

Congratulations Larkisha for doing your job well and going beyond your duties to make the Sheriff’s Office look good in our community.

CORRECTIONS OFFICER OF THE YEAR

Corrections Officer Archie Niles always goes above and beyond the call of duty without being asked.  He is a leader among his peers and excelled in our METRO JAIL MANAGEMENT TRAINING CLASS.   He has also been in the top tier for all Physical Requirements.  As a leader, he demands respect, is fair and always firm.  He treats inmates, peers and staff with the utmost respect.

CO Archie Niles is a scholar when it comes to Metro Jail’s Policy and Procedures.  He is presently assigned to the Docket Area.  Because of his acute attention to detail, he has found marijuana, knives, cocaine, loaded .22 caliber handgun and numerous other items identified as contraband on incoming inmates in the intake Receiving Area.  This allows additional charges to be placed on the inmate showing others currently incarcerated that we will not allow contraband in our Jail.

CO Archie Niles, because you serve with HONOR, INTEGRITY AND SERVICE while providing CARE, CUSTODY AND CONTROL, You are selected as THE MOBILE COUNTY SHERIFF’S OFFICE CORRECTIONS OFFICER OF THE YEAR.

DEPUTY OF THE YEAR

Sgt. Jason Arendall has been instrumental in establishing a K-9 unit under Special Operations.  He has researched departments across the country to organize an operational plan that would not only benefit the sheriff’s Office with additional K-9 coverage, but save our office valuable tax dollars by providing additional patrol coverage and assist other specialized units such as Criminal Investigation and Narcotics Division.

When Sgt. Arendall was in patrol, he was responsible for the supervision of the Directed Patrol units.  During this time, the directed units maintained a high warrant arrest count.  He and his unit were also able to locate numerous wanted suspects for Criminal Investigation and Youth Investigation Divisions.  Sgt. Arendall also utilized the directed units in problem areas such as complaints of high drug activity; speeding and suspicious activity that often resulted in an arrest.

Sgt. Arendall has repeatedly proven himself not only in crisis situations, but also in the day-to-day operations of the sheriff’s Office.  Sgt. Jason Arendall congratulations for being selected as THE MOBILE COUNTY SHERIFF’S OFFICE DEPUTY OF THE YEAR. 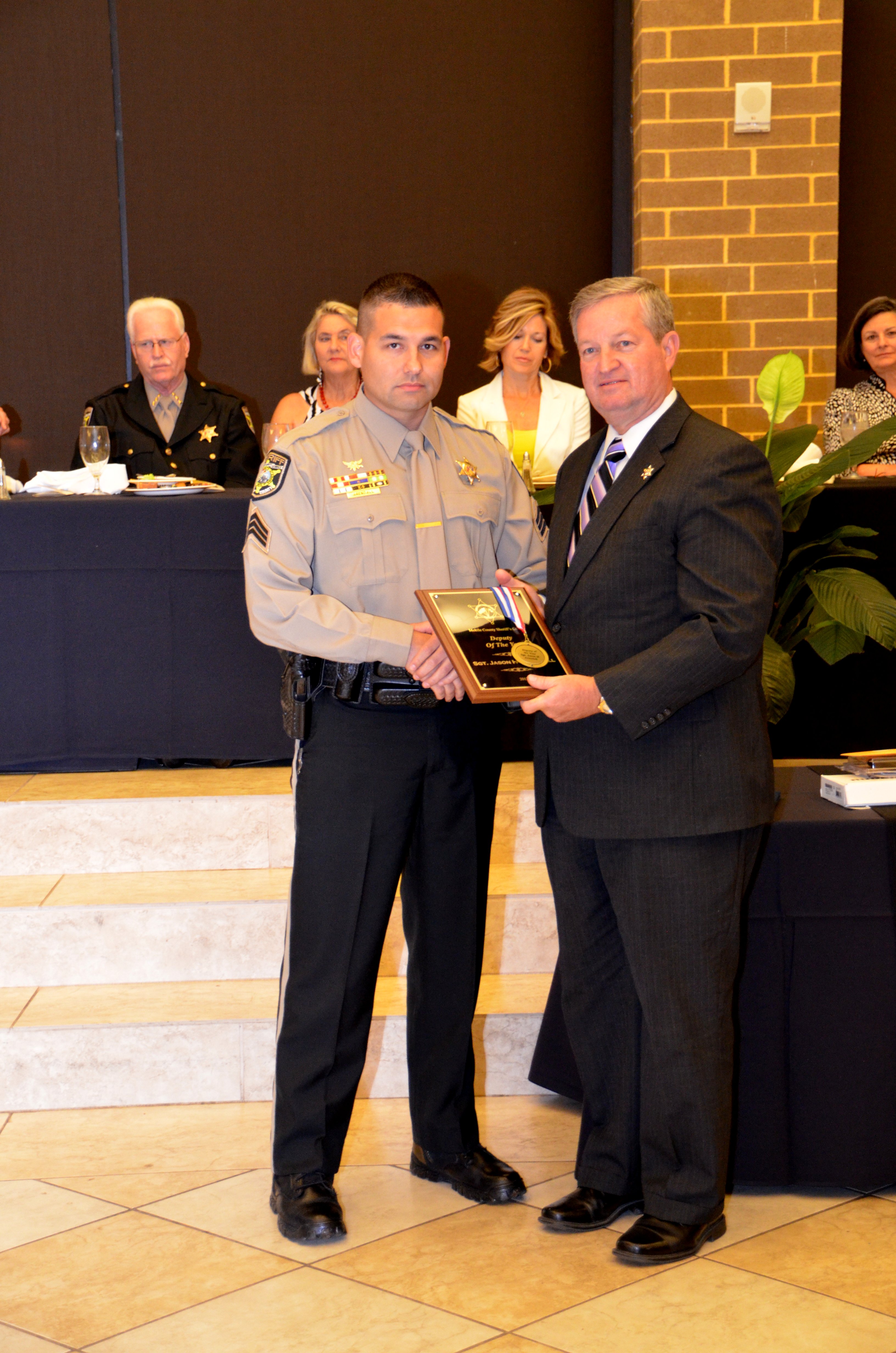 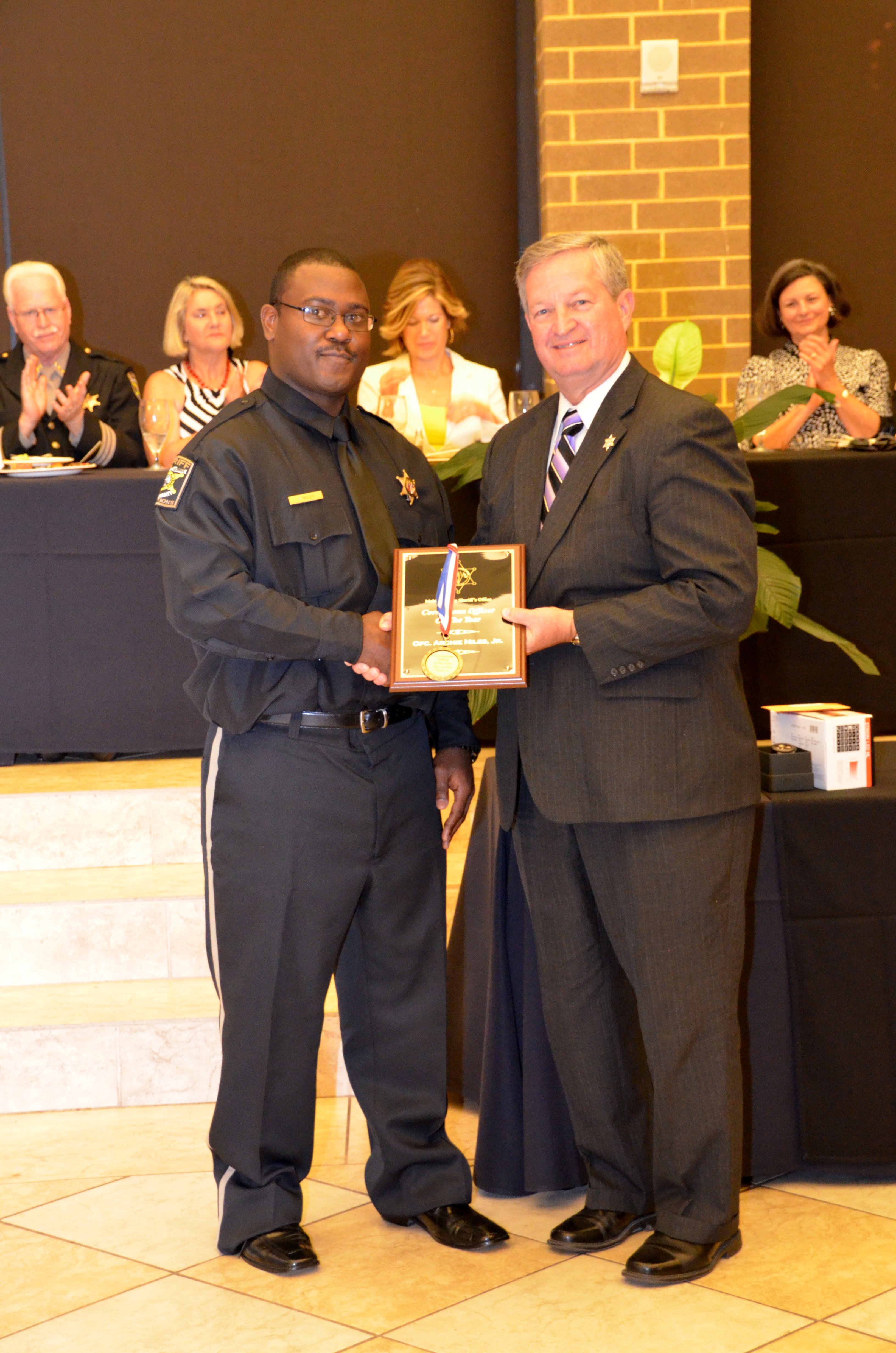 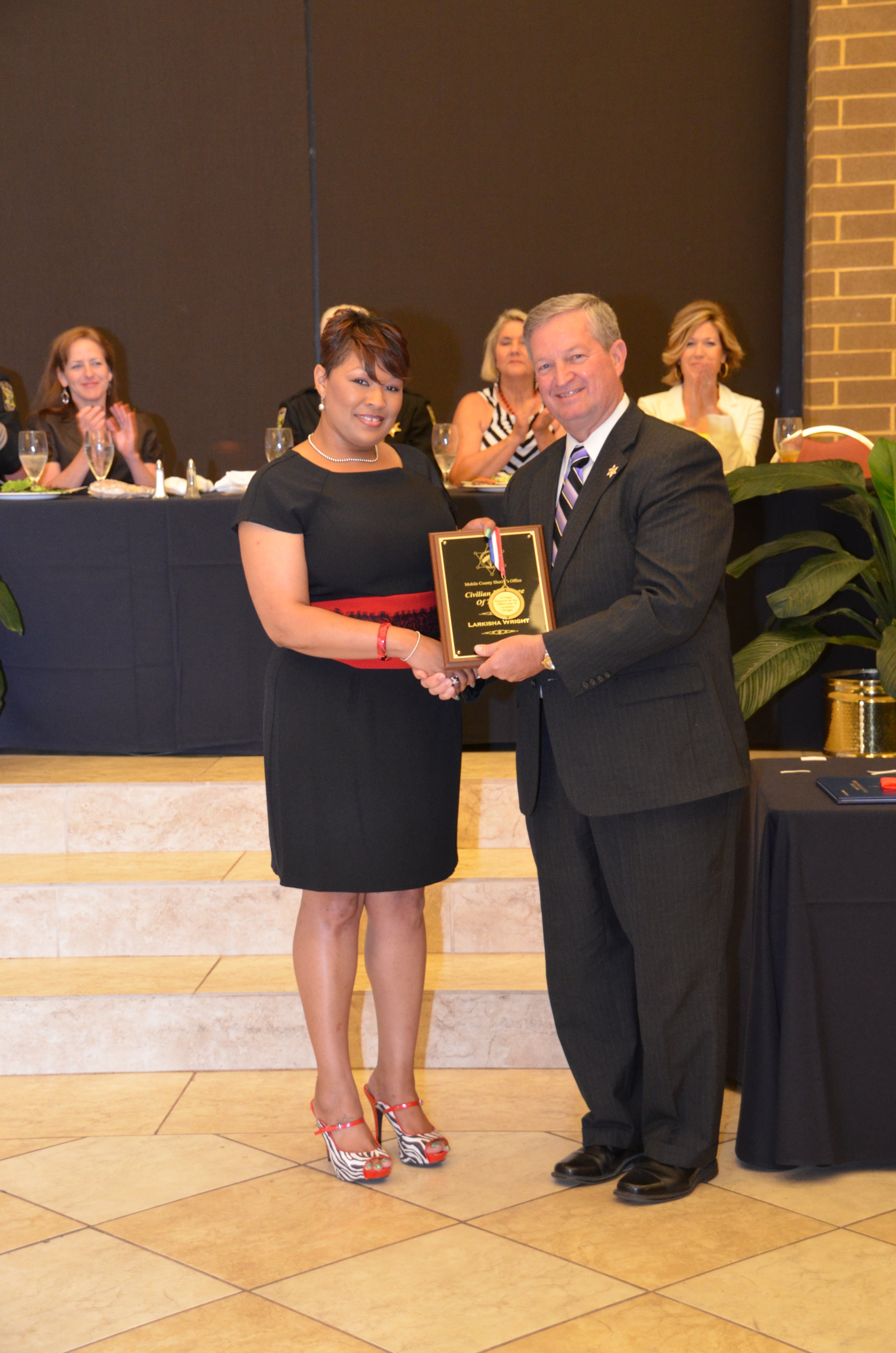 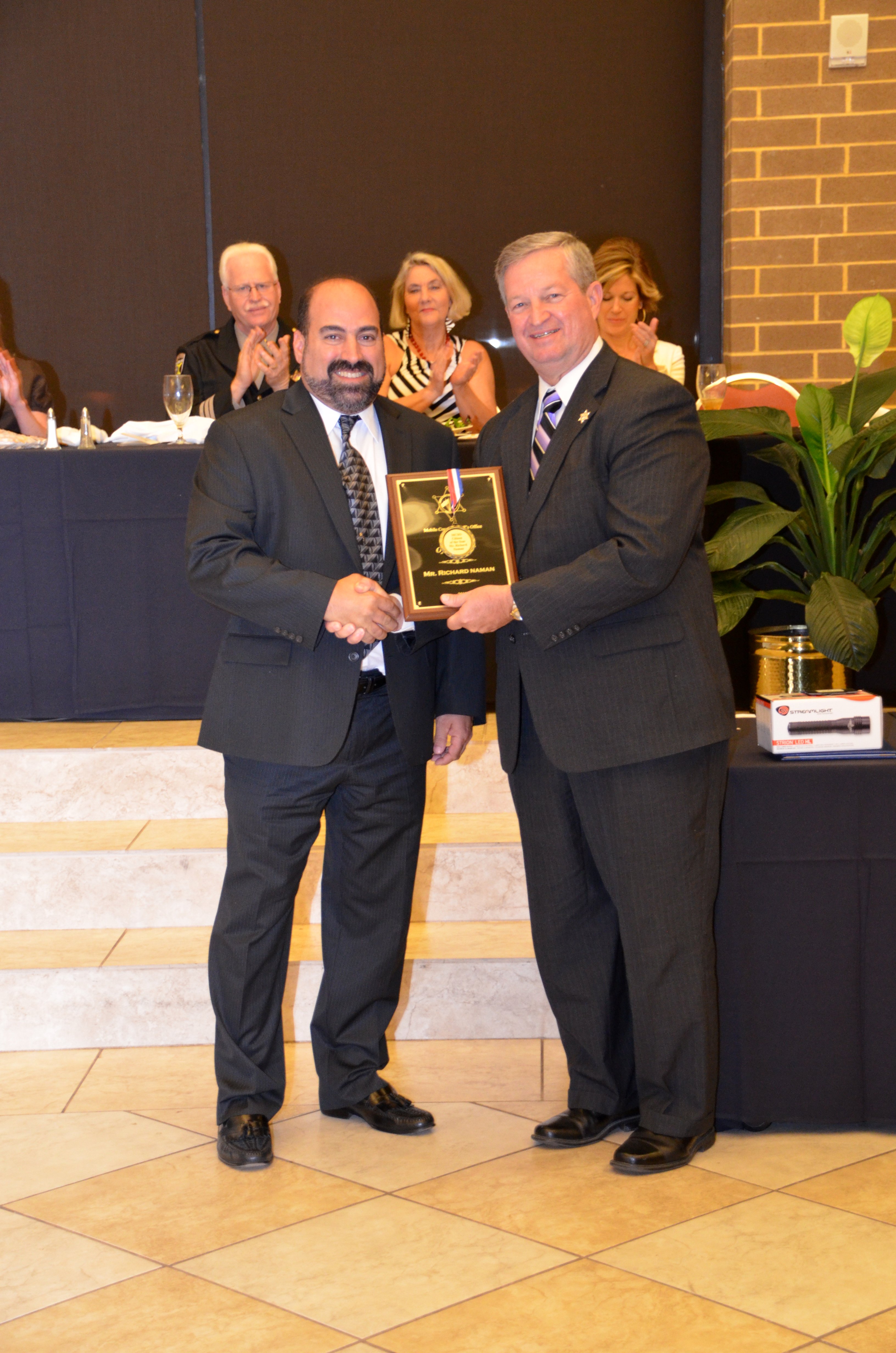