MISSING CHILD HAS BEEN IDENTIFIED 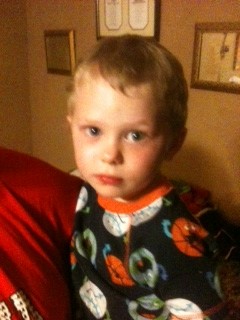 On April 2, 2012 The Mobile County Sheriff’s Office was contacted by dispatch that a child had been found at 9740 Hodge Nursery Road.  When Deputies arrived on the scene they tried to communicate with the toddler but was unable to understand him.  Deputies began to go door to door in the surrounding area to see if anyone could identify the child.  At 1:30 am DHR was called to the scene to care for the child.

At approximately 6:30 am, the child’s aunt,  Gracie Graham, began looking for the child.  The Child spent the night at the aunt’s house and was brought there by his mother while he was asleep.  After looking all over the house she saw the child’s picture on the television and called the Mobile County Sheriff’s Office.  Deputies say that the child awoke sometime before 11:30, put on his sandals, grabbed his book bag and left the residence.  It appears that the dead bolt on the front door was well within the child’s reach and did not take much effort to unlock.

The mother was unaware of the situation until she received calls from friends and family that saw the child on the news.  The mother and child have been reunited.