MCSO works with Agency in Oklahoma to arrest two for murder

FOR IMMEDIATE RELEASE On February 6, 2019, Mobile County Sheriff’s Office and U S Marshalls arrested TIMOTHY ERISH DEES for a murder that took place in Boise City, Oklahoma in June 2013.  MCSO was contacted by OSBI (Oklahoma State Bureau Investigation) that two of the suspects involved in this murder were living in Mobile.  MCSO along with US Marshals apprehended DEES at the Dollar General in Semmes Wednesday evening.   Earlier in the day, ZACHERY LEE WILSON was arrested through the U.S. Probation Office. In the afternoon of June 12, 2013, 77-year-old Charles Nieman and his wife, of Alva, Oklahoma, were traveling through Boise City when they stopped at the Loaf N Jug Convenience store.  The couple were approached by a man who pointed a gun at Nieman demanding his wallet.  Mr. Nieman did not comply and the man shot Mr. Nieman and fled on foot.  The vehicle the shooter exited prior to the shooting drove away at the same time.  Mr. Nieman died as a result of the shooting and Mrs. Nieman was uninjured in the incident. The investigation has continued since 2013 with few leads until December 2018.  The OSBI’S newly formed Cold Case Unit began reviewing the case.  Additional laboratory analysis provided agents with a possible lead.  This led agents into several states and ultimately resulted in the arrest of WILSON and DEES. At this time the investigation is ongoing.  If anyone would like to provide information on this case you may call 251-574-8633 or go to our website, www.mobileso.com/crimetips/. 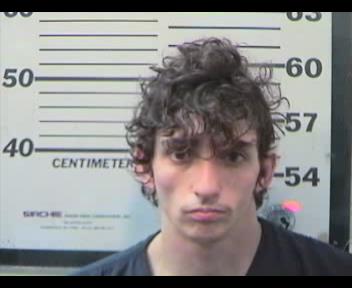