MCSO WORK AROUND THE CLOCK TO ARREST MURDER SUSPECT

FOR IMMEDIATE RELEASE
On June 21, 2013, MOBILE COUNTY SHERIFF’S OFFICE responded to 6797 Kings Branch Drive South Mobile in reference to a house fire where both home owners were found deceased inside. The victims have been identified as STEPHEN D. LANKFORD (DOB: 09-14-1955) and ERICA D. LANKFORD (DOB: 05-21-1970). Both subjects suffered multiple injuries resulting in their death. It is believed the residence was set on fire in an attempt to impede the investigation.  MOBILE COUNTY SHERIFF’S OFFICE along with STATE FIRE MARSHALS  are currently following all leads surrounding this investigation.

On Sunday, June 23, 2013, , MOBILE COUNTY SHERIFF’S OFFICE  and STATE FIRE MARSHALS conducted a search at 79 Picardy Street.  MCSO seized numerous items from the residence during the investigation.  We have interviewed and arrested  with GIGADA PEARSON for the murder of STEPHEN AND ERICA LANKFORD.   PEARSON  is  the brother-in-law of the victims.  He is married to ERICA LANKFORD’S sister.
PEARSON was arrested on two counts of MURDER, ARSON 1ST DEGREE, AND AGGRAVATED STALKING. 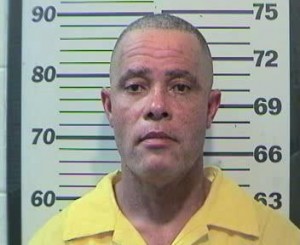