At 6:00 am today, September 7, 2012, in Auburn, Alabama, Mobile County Sheriff’s Office arrested ERALD LEJAUN HOSEY for conspiracy to distribute Herion.  MCSO was assisted by the U.S. MARSHALLS, ABC NARCOTIC DIVISION and AUBURN POLICE.  HOSEY was the “herion source” of  two previous arrest made by MCSO  in  August of this year, (https://www.mobileso.com/press-release/mcso-bust-two-people-for-trafficking-herion-and-there-will-be-more-arrest-to-follow/).   Narcotic Deputies also found marijuana and drug paraphernalia inside HOSEY’S appartment at the time of his arrest.  ERALD LEJAUN HOSEY  will go before the magistrate in Montgomery and then be transported to Mobile Metro Jail.  HOSEY was a student with Auburn University but lost his financial aid due to previous drug charges which are still pending in Auburn. 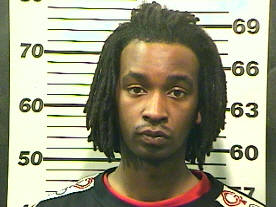