Mobile County Sheriff’s Office arrested a man cooking meth in an outside shed.   Deputies first received a call about a possible home burglary at 4450 Alma Drive Wilmer.   When deputies arrived they found a female who was lying on the ground appeared to have been under the influence of some type of unknown substance, crying and irrational.  She said that she was “chased” from her home, 4450 Alma Drive Wilmer, and she was trying to get  back there.  MCSO sent another patrol car to that residence where they found RICHARD DEAN LAMBERT along with a female juvenile, cooking meth inside a shed in the back of the residence.  According to a witness, LAMBERT and the female juvenile were staying in the residence with the owner.

RICHARD DEAN LAMBERT was arrested and taken to MOBILE METRO JAIL.  LAMBERT also had (2) outstanding warrants, DOMESTIC VIOLENCE 3RD and CRIMINAL MISCHIEF 2ND.  Both warrants were with the MOBILE COUNTY SHERIFF’S OFFICE.  The female juvenile was released into the custody of her guardian.  The investigation is ongoing at this time. 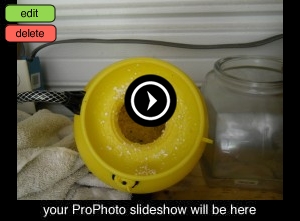