On May 11, 2013, THE MOBILE COUNTY SHERIFF’S OFFICE was called to the scene of a robbery that took place at EXXON STATION, 2450 SNOW ROAD.  The suspect was said to have been wearing a WHITE SACK WITH A SCARECROW FACE DRAWN ON IT.  The suspect entered the station at approximately 1:30 am, pointed a black handgun at the clerk and asked for all the money in cash drawer.  The suspect was described as 200 lbs and 5’10, wearing a scarecrow mask, gray shirt, jeans and sneakers.  A Security Camera from the store shows the suspect leaving in a FOUR DOOR PONTIAC GRAND AM/GRAND PRIX, GOLD IN COLOR, TINTED WINDOWS AND SUNROOF.

If anyone has any information about this crime or the person in this video, please contact THE MOBILE COUNTY SHERIFF’S OFFICE, 574-8633. 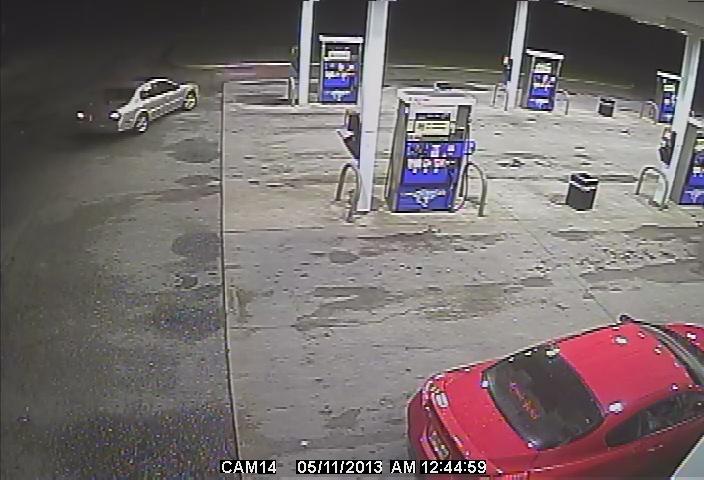 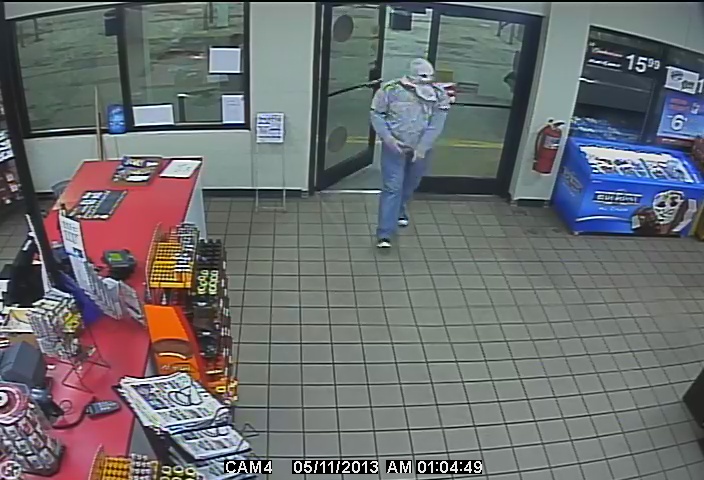