Man growing over 100 marijuana plants inside his home.

When Deputies arrived on the scene they confirmed that Bosarge’s truck was parked in the driveway.  MCSO Deputies knocked several times with no answer.   Deputies spotted someone inside the residence along with a strong odor of marijuana.

MCSO contacted narcotic units along with a search warrant for inside residence.  Once inside the residence, Bosarge surrendered to Deputies.  A search of the residence provided 105 Marijuana plants of various sizes, approximately a pound of harvested marijuana, grow lights, fertilizer, assorted drug paraphernalia used in both smoking and growing marijuana.

Bosarge was arrested and charged with trafficking marijuana and use/possession of drug paraphernalia. 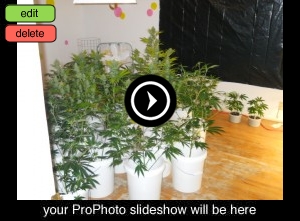