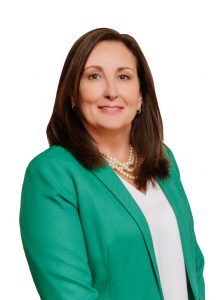 Since 2009, Mrs. Strange has been a member of the Mobile County Republican Executive Committee; Steering Committee, Mobile GOP Club Chair, and Events Chair. Since 2011, she has served on the Alabama State Republican Executive Committee. Tricia is a co-contributor to Armed Alabama FM Talk 106.5 Radio broadcast, and she has also worked to open the first Gulf Coast Center for Non-Violence in Jackson County, Mississippi. The Center serves domestic abuse victims in Jackson and George County.  She assisted with several other charitable organizations with funding and supply drives which earned her the past recognition from the Jackson County United Way as a “Person on the Move.”