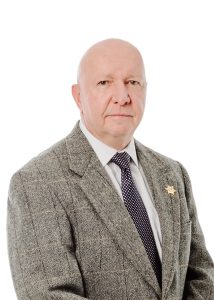 Eddie’s law enforcement career started in 1973 as a dispatcher with Russellville ark police dept.
He served the Russellville, AR PD from 1975 - 1981, and then served the Mobile, AL PD from 1981 - 2011 where he retired as Captain. Eddie started working for the Mobile Sheriff’s Office in 2011 as Administrative Assistant to the Sheriff. He is a member of the 211th class of the FBI National Academy in 2002, Leadership Mobile class of 2010, a Member of Mobile United, and a Member of International Association of Chiefs of Police.